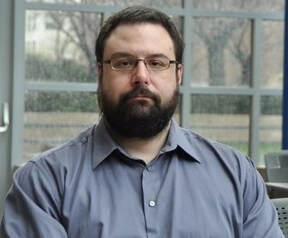 My first book, Doing Violence, Making Race: Lynching and White Racial Group Formation in the U.S. South, 1882-1930, studies the link between intergroup violence and group-formation processes, including the activation and maintenance of group categories, boundaries, and identities. I demonstrate that “public” lynchings, representing collective violence involving larger mobs of perpetrators and spectators as well as ceremonial violence, and “private” lynchings, representing interpersonal violence perpetrated by small groups outside the public purview without manifest ceremony, were driven by cultural meanings and social forces at different levels of analysis. Public, but not private, lynchings were expressive as well as generative of the collective white identity and solidarity channeled through the southern Democratic Party at the turn of the twentieth century. Private, but not public, lynchings channeled whites’ interracial status and social identity concerns on the interpersonal level. Therefore, the book demonstrates how different forms of racial violence fed off and into the racial boundaries, categories, and identities upon which the emerging Jim Crow system of racial domination and oppression rested.

My current book project, Raging for Order and Domination: The Politics of Social Change and Lynching in the New South (under contract with Columbia University Press), explores links between the lynching phenomenon and broad processes of social change, including urbanization, industrialization, changing familial and gender relations, and state formation. An article from this project, “Race, Gender, and the Rape-Lynching Nexus in the U.S. South, 1881-1930” (Social Problems), studies the contexts wherein lynchings related to alleged sexual assaults or transgressions by African American men against white women and girls were more likely to occur. The article suggests that traditional ideals of white male racial and gender status and dominance were not merely used to cover up the “real” interests behind certain lynchings but but represented crucial dimensions of the lynching phenomenon in their own right.

A more recent article published 2021 in The ANNALS of the American Academy of Political and Social Science takes my research on racial group mobilization and violence in exciting, novel directions by addressing how an historical legacy of white reactionary mobilization mediated electoral support for Donald Trump in the 2016 presidential election. Much academic as well as public discourse attribute the election's outcome to Trump's appeal to working-class whites by a reactionary rhetoric promising to “Make America Great Again” that paralleled earlier periods of white racial mobilization. The article approaches this issue by exploring how the ​presence of the Ku Klux Klan, the archetypal white racist and reactionary movement in the United States, in the South in the 1960s in combination with contemporary demographic and economic conditions shaped 2016 voting patterns in Trump’s favor. It shows that the association between industrial labor market size and Trump’s vote share was stronger in localities where the Ku Klux Klan had been active than in localities where it had not been active in the 1960s. The association was particularly pronounced in localities where whites make up large population majorities. This suggests that considering the contingent intersection of cultural identities and economic interests may be a more fruitful strategy than attempting to isolate them, that is, the “white” from the “working class,” in order to determine that one is more consequential than the other.
CV
Proudly powered by Weebly